Shawn Darnell began practicing Choi Kwang-Do in 2001 with his daughter when she was just five years old. Since then, Shawn and Keirsten have continued to study the martial art together, achieving the same high rank of Third Degree Black Belt so far.

Shawn started teaching in 2006, and opened his first Dojang in South Lyon in 2010. Darnell CKD grew so quickly it expanded to a 4,500-square-foot unit in the same plaza two years later, more than doubling in size.

Continuing to thrive thanks to loyal students and supporters, the Dojang moved once more in 2015 to a 7,500-square-foot space near downtown South Lyon, with two large studios, changing rooms and an expanded viewing area.

Today, Darnell CKD has more than 300 students from preschool to adult, along with a dedicated team of volunteer instructors, leadership students and parents who make the studio a success.

Shawn is certified through CKD International as a Chief Instructor and Chief Examiner, qualified to examine black belt students around the world. He has studied directly under Grandmaster Kwang Jo Choi, the founder of CKD, whom he considers a mentor, visionary and inspiration.

Shawn plans to test for his Fourth Degree Black Belt under Grandmaster Choi in Atlanta this year.

Favorite CKD move: I like them all — there’s not just one. I love the flow of the techniques and the actual art itself.

I was drawn to CKD because: Probably about two weeks after Kiersten started class I decided to join and start training as well. It’s been a really cool thing to do together.

I love CKD because:  For me it’s just the practicality and the health aspect of it. It’s ever-evolving and changing with the times. If i didn’t own a school I would probably do it for life to stay in shape.

Favorite food: I eat the same thing constantly until I wear it out. People at the studio think I just drink Propel and eat chicken breasts.

Favorite inspirational quote: “If I’m a good instructor then you’re going to be better than me.”

If I were a CKD move I would be: I’m competitive so I would probably want to be every move. Every time I do something I want to see how far I can go. I don’t want to limit myself. I look at things without a ceiling.

In class, I am known for saying: “There’s nothing that you can’t do. You can be great at anything you want to do. If you put in the work it will happen.”

You may not know that I … wear normal clothes. People think I have a closet full of black dobaks.

What do you love best about teaching CKD? I love to see the kids grow and to see CKD have a positive impact in their lives. It gives them the confidence to do whatever they have passion in their hearts to do. 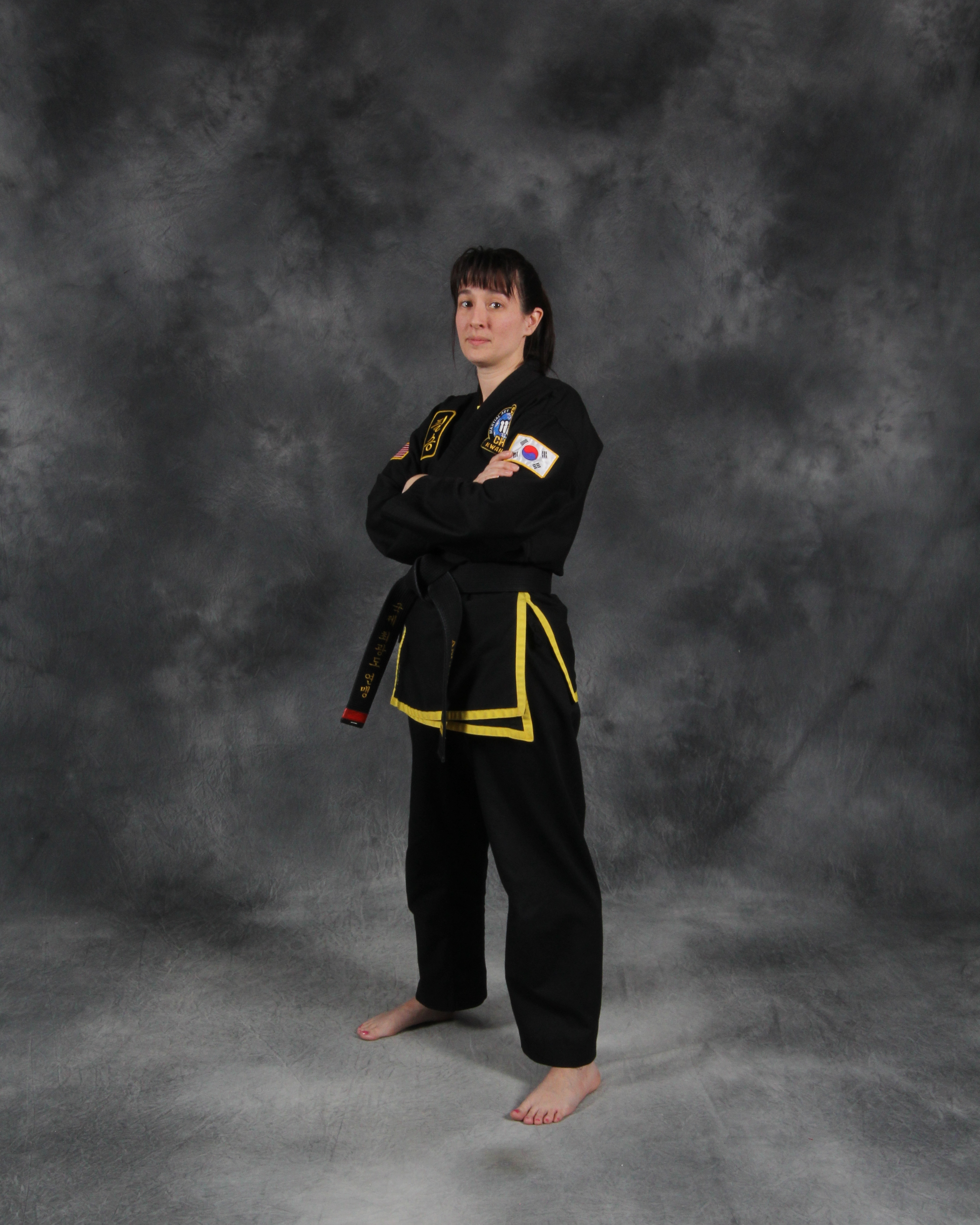 Favorite CKD move: Being outdoors, being creative with arts and crafts, CKD.

I was drawn to CKD because:  I started CKD in college as a way to protect myself then discovered it in South Lyon (after being away for 10 years) when my daughter went to The Studio for dance.

I love CKD because: It is my cardio workout, my stress release, and another family.

Favorite inspirational quote: “To receive much, you must give much.”

If I were a CKD move I would be … Reverse swing kick (regular, spinning, cross-step, or sliding).

You may not know that I … like to volunteer.

In class, I am known for saying: Step forward for everything EXCEPT pattern.

Family: My father is Shawn Darnell. My family is very important to me.

I was drawn to CKD because: It looked like something I would love to do. I started when I was five and also my dad started with me.

When I’m not doing CKD I’m … at school or doing homework, and hanging out with family and friends.

Favorite inspirational quote: “What you put in is what you’re going to get out.”

If I were a CKD move I would be … A swing kick because of two reasons. Number one, it almost looks like a hill so it shows that you can make it over any obstacle.  Number two, it doesn’t look like a super powerful kick but it is. So it shows people can have more inside than what it looks like.

You may not know that I … got the Pilsung Award (student of the month) five times. 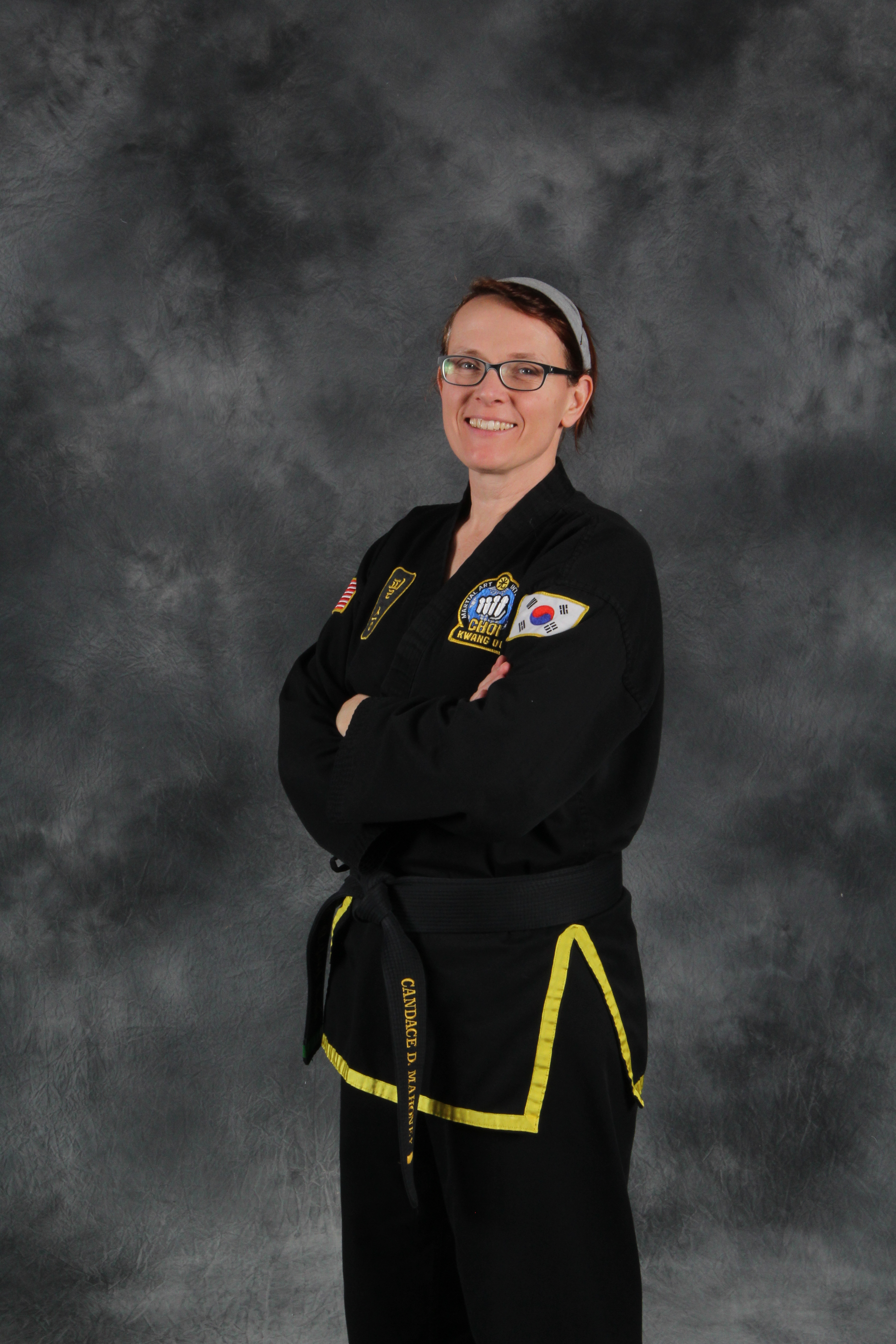 I was drawn to CKD because: I used to do Tae Kwon Do, but CKD is much kinder to my joints.

I love CKD because: of the people.

Favorite video game: I love to play Team Fortress 2 with my kids!

Favorite dessert: Nutella on a spoon. I used to bake a lot, but then I had a messy break-up with chocolate.

Favorite inspirational quote: “You can often change your circumstances by changing your attitude.” — Eleanor Roosevelt

If I were a CKD move I would be … a twisting kick, because no one understands me. (Kidding!)

You may not know that I … was attacked by monkeys when I was 4.

I was drawn to CKD because: To get back into martial arts.

I love CKD because: CKD is so easy on my body.

Favorite inspirational quote: “Gentlemen, the first three priorities in your life are your God, your family, and the Green Bay Packers.” — Vince Lombardi

If I were a CKD move I would be …  Rear elbow strike. I like to find a way to get it done, even if it is unconventional.

You may not know that I … have a black belt in Taekwondo.

I was drawn to CKD because: My parents made me go.

I love CKD because: It’s fun, practical, and people don’t pressure me to exercise now.

Favorite food: Any combination of chicken and curry.

Favorite inspirational quote: “It isn’t over until the throne goes down” — Dota saying

If I were a CKD move I would be … I have no idea what an effective technique analogue for me would be.

You may not know that I … Nothing comes to mind that is both relevant and fitting.

In class, I am known for saying: I have various sayings that I use with different students. Not really a single line that everyone recognizes.

I love CKD because: I always wanted to learn a martial art but I don’t like getting hit.

When I’m not doing CKD I’m … thinking about CKD.

If I were a CKD move I would be … Reverse swing kick. Nobody knows why they need it but they secretly love it.

You may not know that I … used to be a ninja, but I don’t look good in black so I gave it up.

In class, I am known for saying: “Less chit chat, more CKD.”

Day job: I work for a Catholic health care system in the corporate office.

I was drawn to CKD because: It is a family sport that I get to do with the kids with the added bonus that I get some exercise.

I love CKD because: The people – the exercise – the fun with the kids.

When I’m not doing CKD I’m … playing taxi driver for my kids, watching kids in school sports, house projects, and as much as possible – family time.  I also belong to professional associations where I volunteer.

Favorite movies: I really enjoy the golden oldies, like Westerns, classics like To Kill a Mockingbird and Gone with the Wind, and sci fis like When the Earth Stood Still, as well as a good comedy or romance.

Favorite inspirational quote:  “You should celebrate every day as if is the first day of the rest of your life.”

If I were a CKD move I would be …  a block – as I am more defensive than aggressive.

You may not know that I …  am a former college professor.

In class, I am known for saying: I always start sentences with ‘OK’ and ‘all right – we are …’

I was drawn to CKD because: I had friends here and was really looking forward to the activity.

I love CKD because: I love the people here and the activity provides a nice mental break.

When I’m not doing CKD I’m … playing chess, on the computer, reading.

Favorite inspirational quote: “And thou shalt count to three, no more and no less,” — Monty Python and the Holy Grail

You may not know that I … am an Eagle Scout

In class, I am known for saying: not much. I can never seem to remember anyone’s name.

That “o with the slash through it” is the Norwegian vowel “ur”. Last I remember Option+O on Macs, ALT+0248 on PCs.

Nickname: Unless it’s one of my role-playing game characters’ names, there are none I approve of.

I was drawn to CKD because: I took Tae Kwon Do as a kid after seeing the original Karate Kid in hopes of defending myself against bullies. A combination of the school owner closing his other two schools pouring them into mine and not having the focus to do every form every test made me quit. Eventually, I wanted to get back into martial arts. In my teenage years, I asked my original school. Then I went to college, where I eventually took Yang Style Long Form Tai Chi as a class, but that was more about the meditation aspect. My mom had seen an advertisement by the Tri-County Sportsman’s League in Saline. Once I got a proper number, I started attending in late November or early December 2003.

I love CKD because: I’m far more flexible now than I was before I started.

When I’m not doing CKD I’m: Coming up with ideas for role playing adventures, programming a character generator for my favorite RPG in Excel, taking care of family pets.

Favorite Inspirational Quote: “Try not. Do or do not. There is no try.” — Grandmaster Yoda